How to Appeal Your Arizona Divorce 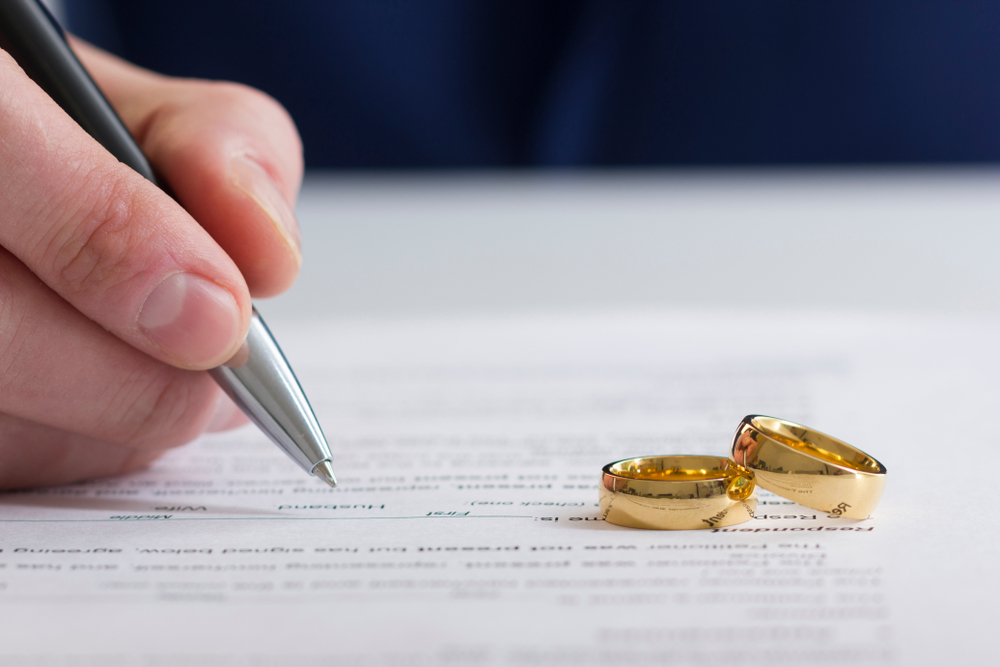 Every parent or spouse with a divorce or child custody dispute pending should know a little about the appeal process in Arizona law. For the sake of general discussion, we have broken family law appeals into three broad areas:

There is some cross-over, so be sure to read all the information on this website.  Don’t miss out on tips that could be important given your specific circumstances. We also recommend taking time to talk with an attorney who has substantial experience in divorce and family law appeals. An attorney with Stewart Law Group is just the professional to explain the process and guide you through it.

Appellate Review Could Change the Outcome of Divorce

Divorce can be stressful for both spouses. The notion of going through yet more proceedings – the civil appeals process – can be overwhelming. That’s understandable. Still, appellate review could make a substantial difference in an otherwise unsatisfactory outcome. Sometimes the results of divorce can seem unfair, inequitable, unjustified, or just plain wrong based upon what the current law is and the specific facts of the case. There is no guarantee, of course, that the appeals court will come to a different conclusion. But the aggrieved party who chooses not to appeal when circumstances warrant doing so only ensures that the trial court’s final judgment will be the last word on the matter. And both the parties and their children will have to live with that.

What can be appealed? Consider two examples. The judge’s ruling on a motion, such as an order to pay temporary spousal support during divorce proceedings, may be appealed. The division of community property in the decree based upon a finding of one spouse having wasted marital assets is another example of an appealable judgment. Rule 1 of the Arizona Rules of Civil Appellate Procedure (ARCAP) states:

“Any party aggrieved by a judgment may appeal as provided under Arizona law and by these Rules.”

Is the judge’s ruling worth appealing? Not every disagreement with the court is worthy of investing the time, energy, and expense of appeal. In fact, a frivolous appeal based solely upon spite, for instance, could result in being charged the cost of appeal along with the other spouse’s legal fees.

Think carefully about the likelihood of success before committing to an appeal. Talk to a divorce appeals attorney first, then make a decision. It is possible for the prevailing party to be awarded his or her attorney’s fees and appellate court costs, but such an award is discretionary with the appeals court and is not an absolute right.

Why Appeal May Be Necessary

People going through divorce proceedings are typically very invested in their cases. But unless the spouses reach agreement on all of the issues, the outcome will have some uncertainties.

When spouses do not agree on their property division, spousal maintenance, a parenting plan, child support, or all of the above, the family law judge must decide every outstanding issue for them. One marital asset, such as a vehicle, cannot be cut in half and divided equally between the parties. Typically, one spouse gets the vehicle and the other spouse gets half the value as his or her community share in cash or other assets. The marital home, for instance, may be ordered sold so the proceeds can be split between them.

Do not feel devastated, depressed, or angry should the court’s decree be less than as hoped – there is always the possibility of appeal. It may be that neither spouse is wholly satisfied with the results and both want the judgment reviewed by the higher court.

Divorce should not be about winners and losers. It should be about a fair and equitable outcome under specific circumstances. It’s about doing what is in the best interests of the children. If the court rules against you, then appealing the final ruling, order, or judgment is an essential option in our court system.

Court rules differ with trials and appeals in Arizona. Know what you are doing. Failing to follow the proper rules of court could result in dismissal! Under the Arizona Rules of Family Law Procedure (ARFLP), after the trial judge’s ruling is entered a party may ask that court for relief by filing a motion that provides grounds for:

Look to the ARFLP for court rules allowing limited review in the transition from trial court proceedings to appellate court proceedings. Note, however, that if some mistake, error, or defect was harmless error, then the judgment or order will not be disturbed unless “inconsistent with substantial justice.” ARFLP Rule 86. Mistakes do sometimes happen, but it takes more than harmless error as grounds for re-examination by the Superior Court.

The court rules applicable to direct appeals are set forth in the Arizona Rules of Civil Appellate Procedure (ARCAP).

Court Review in Arizona Divorce and Other Family Law Cases

In the following segment, we discuss several forms of review of judgments and orders in Arizona divorce and family law cases. Read about:

Note that direct appeals are covered in a separate discussion about appeals from divorce and child custody determinations.

If there is possible abuse of judicial discretion or a potentially arbitrary and capricious determination by the trial court, a spouse may seek relief by special action (also known as interlocutory appeal). This request for extraordinary relief is available only when Arizona’s regular appeal process will not provide an “equally plain, speedy, and adequate remedy.” Rules of Procedure for Special Actions, Rule 1. (Yes, special actions involve yet another set of court rules to follow.) For example, a spouse aggrieved by denial of a change of judge notice could seek timely review by way of special action. That’s what happened in the case of Taliaferro v. Taliaferro, 921 P.2d 21 (Ariz. 1996).

With divorce, only the following questions can be presented in a special action:

(b) Whether the defendant [trial judge] has proceeded or is threatening to proceed without or in excess of jurisdiction or legal authority; or

(c) Whether a determination was arbitrary and capricious or an abuse of discretion.” Special Actions, Rule 3.

The Superior Court is the trial court for all divorces and family law cases in Arizona. Before seeking direct appeal to the Arizona Court of Appeals, the spouse who is dissatisfied with the decree can motion the trial court to clarify or reconsider its own ruling. Here’s how that works.

After the trial judge rules on a matter or enters the divorce decree, either party may motion for reconsideration or clarification of the judgment. This is not an objection, but a request that the court take a second look at the relevant evidence and applicable law to rethink its initial ruling. See ARFLP Rule 84. The judge grants or denies the motion. If denied, then direct appeal is the next possible step.

On the one hand, motioning for clarification means the spouse or parent finds the court’s order confusing or the wording of the ruling has more than one reasonable interpretation. On the other hand, motioning for reconsideration asks the trial court to rethink its determination. Perhaps less likely to be granted, but not an impossibility.

The motion for reconsideration specifies the error of fact or law the movant believes occurred and asks the court to review its determination on the issue. Typically, it’s the same trial judge who either grants or denies the motion. If granted, that judge also conducts the review. Do not expect a new judge to be assigned or a new trial to be held when reconsideration is granted. (A motion for new trial or motion for amended judgment may be filed in certain circumstances. See ARFLP Rule 83.)

Every Arizona divorce, legal separation, annulment, and child custody determination originates in the Superior Court, our court of general jurisdiction. Importantly, the Superior Court does not have appellate authority in family law cases. Beyond reconsidering its own judgment, the trial judge does not review divorce judgments.

Counting from entry of the final decree, one has only 30 days within which to file a motion for reconsideration or Notice of Appeal. To avoid missing either deadline, it is possible to file both a motion for reconsideration and direct appeal notice. In any case, do not guess what to file or when to file it. Make an informed decision after consulting a divorce appeals attorney about all possible options.

If reconsideration does not provide the desired result, then the aggrieved party may file a Notice of Appeal with the Superior Court in preparation for direct appeal by the Arizona Court of Appeals. Learn about the direct appeal process in Arizona divorce and child custody cases from our discussion on that very topic. Before we go, the Arizona Supreme Court also has a role in divorce and family law appeals.

Following a final decision from the Court of Appeals, the aggrieved party has the option of petitioning the Supreme Court of Arizona for discretionary review. Such reviews are rarely granted, but are feasible and should not be disregarded merely because the odds are against it. ARCAP Rule 23. Every family law case is unique. Talk to an attorney. Get the facts. Find out what you need to know.