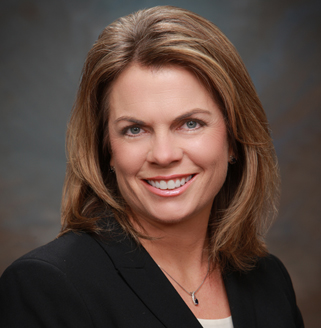 If you were to ask her, Kareen would say her favorite part about her job as an attorney is being inside a courtroom. The courtroom is her second home and it’s where her clients say she is at her best.

Before becoming a divorce attorney, Kareen was a major crimes prosecutor, first in Los Angeles, then in Phoenix. Much of her career as a prosecutor was spent handling serious domestic violence crimes. She’s heard and seen it all and knows how to separate fact from fiction. Kareen once prosecuted a fraud case where Christopher Darden of the O.J. Simpson trial was defense counsel – and she won!

Not surprisingly, the story of lawyer Atticus Finch in “To Kill a Mockingbird” is inspiring to Kareen. She has read the book and watched the movie many times. When her children were in grade school, they took a road trip from Phoenix to Los Angeles, during which she made them listen to the unabridged book on tape both ways. They still joke about it to this day.

Kareen obtained her Bachelor of Arts degree in Political Science from the University of California, Irvine (where Peter the Anteater is the mascot), and her Juris Doctor degree from Southwestern Law School in Los Angeles. Her law school accomplishments include placing as a semi-finalist in the Cardozo Moot Court Competition in New York and as a finalist in the Southwestern Intramural Moot Court Competition. Yet another accomplishment, she attended law school while raising her three small children.

Here are some of the awards she has won over the years:

In her spare time, Kareen loves indoor pursuits like reading, movies, and building Lego kits with her kids, as well as outdoor pursuits like hiking, biking, camping, watching Cardinals games, and running marathons. (She once got lost during the “Man Against Horse Race” in Prescott because a cow had eaten the trail-marking ribbon.) But these days, her weekends are mostly filled with supporting her teenage daughter at swim competitions and her teenage son at his motocross and mountain bike races.

Around the office, people say that Kareen is the “birthday person.” She loves to celebrate her colleagues’ birthdays (whether they like it or not) by decorating their offices and bringing in homemade birthday cakes.

Mostly, though, they say that she has a talent for empathizing with clients, listening well, and explaining complex legalese to clients so that they can understand the process and how it will affect them both presently and in the future.